“Introduction to Parks on the Air”

Abstract: Parks on the Air – what is this? I remember something called National Parks on the Air – is this the same thing? Who does this? What do you need to participate? Is it hard to do? How do I get started? What special gear is needed? Can anyone get involved? What does it cost? Mark will answer these questions and more.

Mark Anderson developed an interest in electricity in grade school, experimenting with the Three B’s – batteries, bulbs and buzzers! As this interest developed, Mark eventually built a classic All American 5 tube radio, a combination AM/Shortwave unit, when he was in 6th grade. He was hooked. Mark’s father did some digging and discovered that Lafayette Radio and Electronics in Syosset, Long Island, would be holding Novice classes at their store. While driving to and from the sessions, Mark and his dad would listen to Jean Shepherd, aka W2ORS, on WOR. Mark was awarded WN2BIJ at the ripe old age of 13 in 1970. Once his Novice ran out after 2 years, Mark became a general, then many years later upgraded to advanced and ultimately upgraded to extra, holding the WB2SMK call throughout. Mark is a member of the Straight Key Century Club (# 14139T) and is a member of Parks on the Air. Mark was a member and officer of W4NC in Winston Salem, NC during the 4 years he lived there and after moving back to NY in 1985, became a member of SARA where he has also held officer positions. Mark received his BS and MS degrees in Electrical Engineering from Rensselaer Polytechnic Institute. He began his career at RPI as a Project Engineer for the Center for Manufacturing Productivity and Technology Transfer. He then moved to Westinghouse Power Generation and General Electric, working for multiple business groups. He has held various positions in several electrical and computer related fields including: manufacturing, robotics, vision systems, instrumentation, software development, factory automation, HMI, engineering, numerical control/CNC, machine tools/ machining, and business process analysis.

Mark is currently a Senior Project Engineer for the Design Lab at Rensselaer and the Course Coordinator for the Introduction to Engineering Design (IED) class. For the Design Lab, he has supervised over 100 project teams working with several hundred students for various sponsoring companies and individuals. In his role as IED Course Coordinator, Mark leads a team of 15-20 instructors who teach a dozen course sections serving over 300 students each semester. 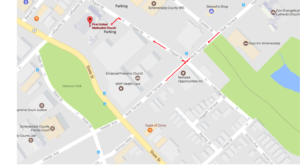