Jim Stewart K2PK will be presenting a DVD video of the 2015 Navassa Island DXpedition.

It took 13 years to get permission to visit Navassa Island because Navassa has been declared a National Wildlife Refuge. The DXpedition was approved for February, 2015.

This DVD shows the logistical challenge of moving fifteen operators and tons of gear to this small uninhabited, helicopter (only) accessible island in the Caribbean. The two-week effort paid off with 140,000 Qs! 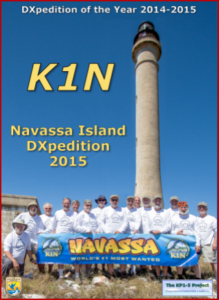