David’s talk will cover the historical controversy between supporters of Alfred Vail and Samuel Morse over the issue of which man actually invented the telegraph code commonly known as Morse Code. 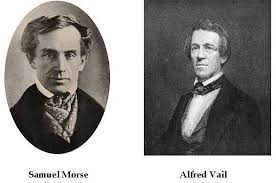 Before joining UAlbany, Hochfelder served as a research historian at the Thomas Edison Papers.

He is the author of The Telegraph in America, 1832-1920 (Johns Hopkins University Press, 2012). His next project will be a social history of savings and investment. He has appeared in two episodes of the History Channel’s “Modern Marvels” series.

Directions: The church parking lot is on North Church Street, on your left as you head north from Union Street. Cross North Church Street and find the walkway between number 10 and 12 North Church. Go to the end of the walkway and enter the building. Turn left and go through the double doors. Turn right and walk past the rest rooms. The Poling Chapel is just down the hall.